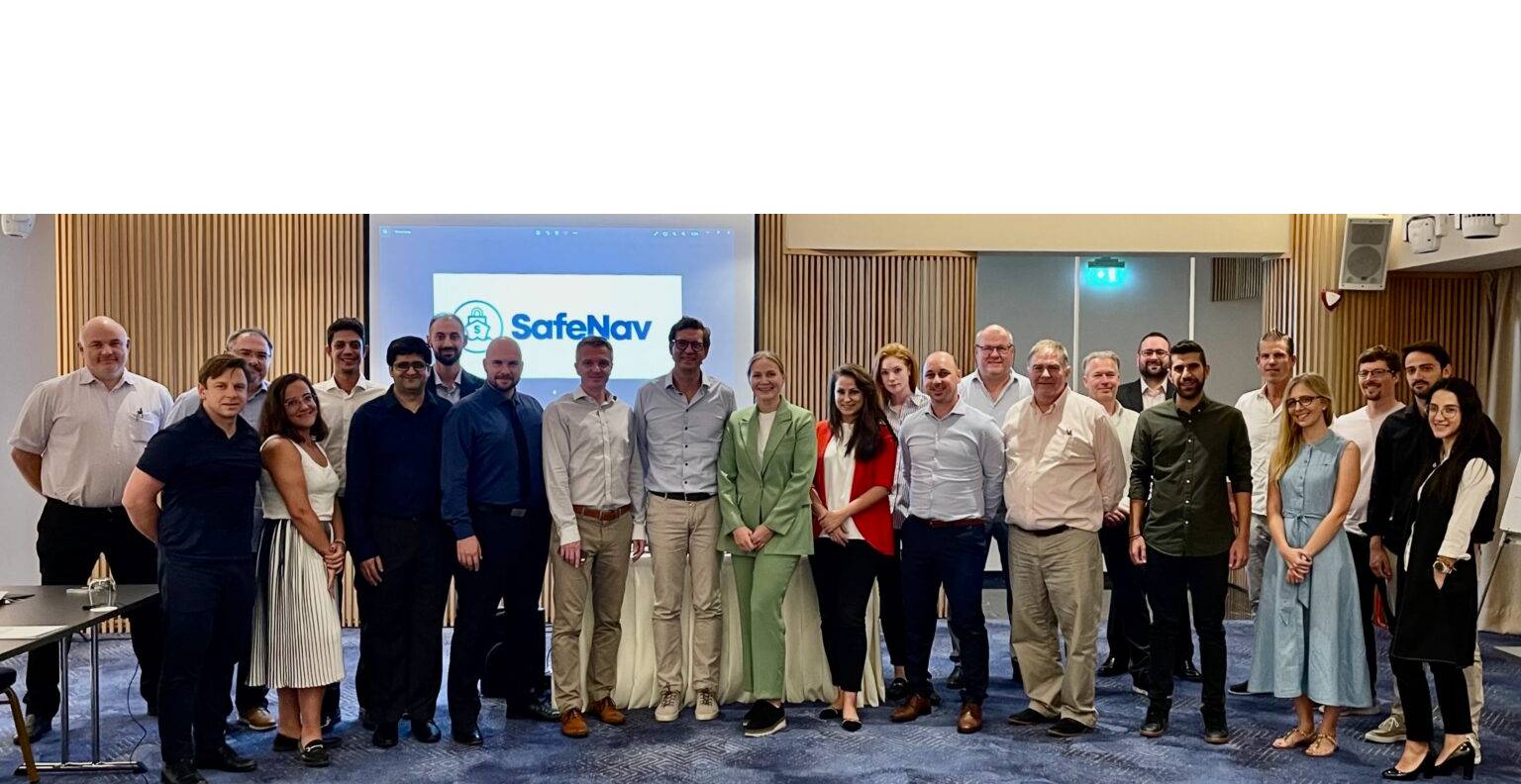 The Safer Navigation (SAFENAV) Project’s official kick-off meeting was hosted and coordinated by Offshore Monitoring Limited (OSM), the project coordinator, in Limassol, Cyprus from the 19th to the 21st of September 2022. This meeting was held to kick-start the SafeNav Project, a project to enhance safer navigation at sea, co-funded by the European Commission (EC) and UK Research and Innovation (UKRI).

The main goal of the kick-off meeting was to present an overview of the SafeNav project to all the 11 project partners and establish the next steps for project development. The agenda for the three-day meeting was prepared and facilitated by Charalambos Theodorou, OSM’s project manager, and Capt. Jorgen Grindevoll, SafeNav inventor and CEO of Ladar Limited (LDR), and the end user workshop was led by Capt. Igor Toncic, Director of Global Maritime Services Limited (GMS).

On the first day, there was a project overview, an introduction to the coordination team, the project objectives, the partners’ roles, technical challenges, and the expected results. The project officer, representing the EC’s European Climate, Infrastructure and Environment Executive Agency (CINEA) was in attendance virtually and also presented on the first day.  On the second day, there was a technical overview by OSM’s Chief Technology Officer, Waqas Qazi, and an introduction to each of the planned work packages by the work package leaders. On the final day, there was a presentation and discussion of the project’s KPIs and End-User functional requirements as well as an end-user workshop. There were question-&-answer sessions scheduled on all three days.

“It’s a great feeling to see that all partners in the project are equally pushing to get the ball rolling in this large and challenging project.  We are more than 40 persons involved in the development and it’s amazing to see that an idea initially created on a napkin can come to life this way.  I’m looking forward to monitoring the progress and reconnecting with partners during the next General Assembly meeting in March 2023,” said CEO Capt. Jorgen Grindevoll.

We use cookies on our website to give you the most relevant experience by remembering your preferences and repeat visits. By clicking “Accept All”, you consent to the use of ALL the cookies. However, you may visit "Cookie Settings" to provide a controlled consent.
Cookie SettingsAccept All
Manage consent

This website uses cookies to improve your experience while you navigate through the website. Out of these, the cookies that are categorized as necessary are stored on your browser as they are essential for the working of basic functionalities of the website. We also use third-party cookies that help us analyze and understand how you use this website. These cookies will be stored in your browser only with your consent. You also have the option to opt-out of these cookies. But opting out of some of these cookies may affect your browsing experience.
Necessary Always Enabled
Necessary cookies are absolutely essential for the website to function properly. These cookies ensure basic functionalities and security features of the website, anonymously.
Functional
Functional cookies help to perform certain functionalities like sharing the content of the website on social media platforms, collect feedbacks, and other third-party features.
Performance
Performance cookies are used to understand and analyze the key performance indexes of the website which helps in delivering a better user experience for the visitors.
Analytics
Analytical cookies are used to understand how visitors interact with the website. These cookies help provide information on metrics the number of visitors, bounce rate, traffic source, etc.
Advertisement
Advertisement cookies are used to provide visitors with relevant ads and marketing campaigns. These cookies track visitors across websites and collect information to provide customized ads.
Others
Other uncategorized cookies are those that are being analyzed and have not been classified into a category as yet.
SAVE & ACCEPT